Q&A with Quantis and CFA: using geoFootprint to tackle challenges in the transition to sustainable agriculture

Quantis’ Xavier Bengoa and Cool Farm Alliance’s Simon Miller discuss why the two organizations joined forces to develop geoFootprint, the challenges it tackles in the agri-food sector and what the future holds for the collaboration.

Q: What gave rise to geoFootprint?
Xavier Bengoa: geoFootprint was born three years ago at Quantis after years of observations from working with the agricultural sector pointed to a need for higher granularity for agricultural emissions information. In our work both on the World Food LCA Database and other projects, we saw that the data available to decision-makers was scarce and far too broad to inform a sustainability strategy.

The idea behind geoFootprint was to fill the knowledge gap — capturing the highest level of data possible for the most accurate representation of what we would expect at the farm level. 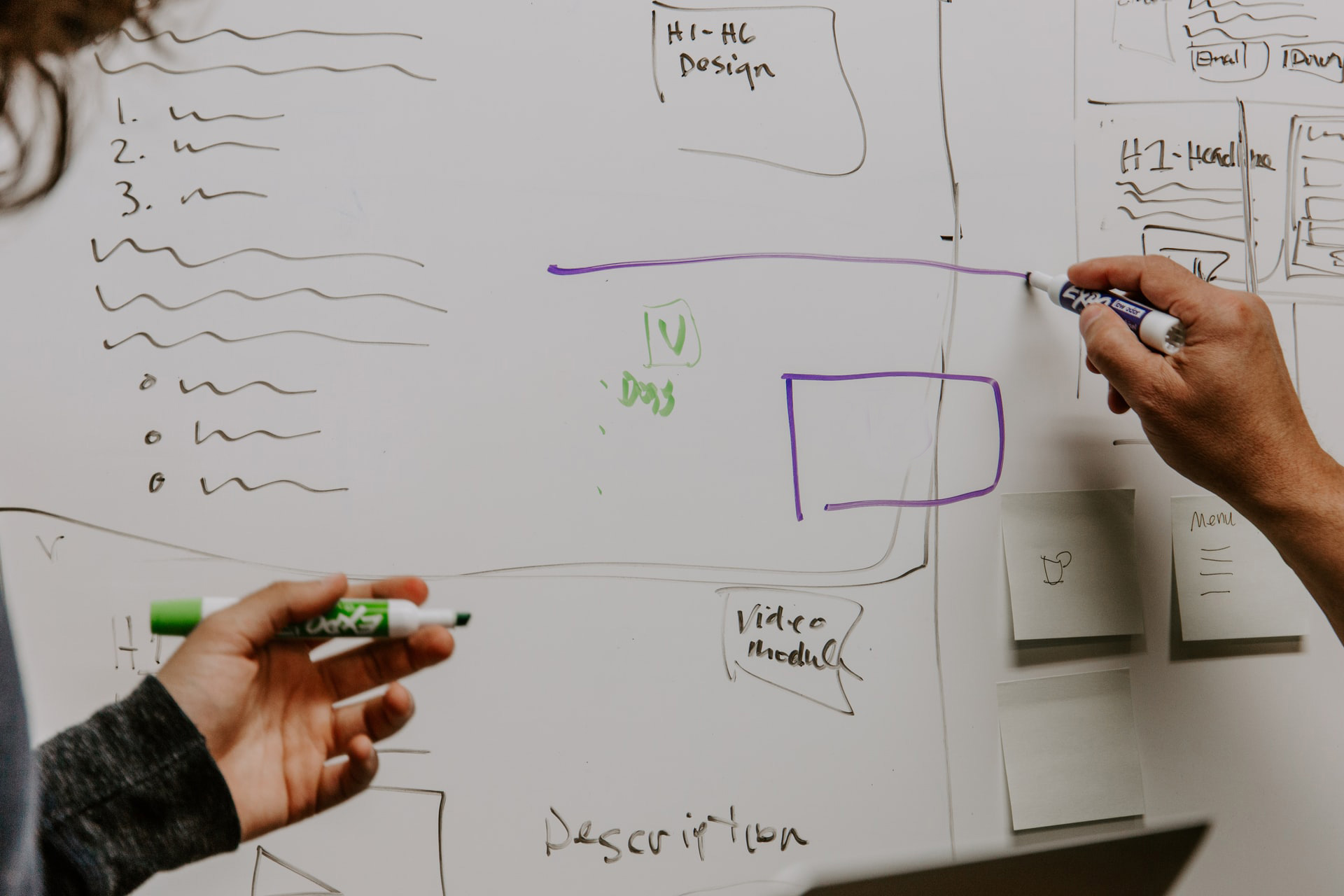 Q: Why did Cool Farm Alliance (CFA) decide to join geoFootprint?
Simon Miller: At CFA we respect the work that Quantis does and identified with many of the challenges that Xavier mentions, including the shortcomings of common life cycle assessment (LCA) or carbon footprint methods, particularly in relation to agricultural production, which is the major source of emissions for food and beverage products.

When Xavier and the team outlined the vision for geoFootprint, we saw a real benefit for the industry in having that large-scale oversight that directly compliments the primary data collection from the farm the CFA focuses on — that engages farmers directly.

If they’re starting with a relatively blank sheet of paper, as many are — where do they begin? Certainly, doing some samples with individual farmers and the Cool Farm Tool is one route. But there are also clear benefits in doing a region-wide assessment to understand approximately what the performance in different areas is and what the emissions hotspots within those areas are.

Once you have that framework and the overall profile understood, you can insert the Cool Farm Tool to understand what’s happening on the ground, what are the farmer behaviors, what’s driving them, how can they be changed. And you can do that in a targeted, focused way with information that geoFootprint can provide.


Q: The foundation of geoFootprint is geospatial technology (GIS). What does GIS unlock on top of on-the-ground farm-level data collection?
XB: The GIS piece has the potential to unlock a lot of things. The first is access to data. There’s more data out there from GIS than anyone can even imagine. The challenge is in capturing and processing it in a way that makes it useful. And in the agriculture space, the first thing that GIS enables is accounting for the local characteristics of the environment.

When we run footprint calculations, there are basically two big buckets of parameters that influence the environmental impact of a crop grown somewhere. On the one hand, there are the management practices of the farmer, which you can capture entirely if you collect data from the farm. But more and more, there are certain management practices that you can also monitor from space, such as irrigation, tillage, cover cropping or intercropping. And that can reduce the burden on farmers of answering too many questions.

The other big dimension is the environmental conditions under which a farm is operated: the climate, precipitation, slope, soil properties — and a lot of these aspects you can also monitor and estimate through satellite imagery or remote sensing in general.
The direction in which geoFootprint is headed allows for not only more accurate estimates at the regional level, but also, in the near future, lessening the burden on farmers. Farmers can focus on providing information that can only be obtained by talking to them.

Q: What are the differences between the Open Access and Licensed versions of geoFootprint?
XB: They fulfill two different objectives. The Open Access version aims to raise awareness — we call it the Google Maps for the environmental footprint of agriculture. It’s an exploration tool to understand the variability of the environmental risks and impact drivers for different crops in the world.

Then the licensed version takes it to a whole new level with the simulation capacity. geoFootprint is based on a massive data foundation. Some of these data are pretty accurate, some are pretty coarse and these data are being processed in an algorithm inside an engine. In the licensed version, users can use this engine with their own data. So geoFootprint becomes a true decision-making tool because the input data can be modified, and the footprints can be recalculated based on whatever data you plug in.

Q: Do CFA members have discounted access to the Licensed version?
SM: Yes, CFA Members have a discounted access but more importantly, they can benefit from the complementarity with the Cool Farm Tool. They can run assessments both at the regional and farm levels with a high degree of consistency. There are possibilities for them to retrieve data on environmental conditions and land use change from geoFootprint based on their farm’s geolocation and plug them into their farm level assessments. Soon, they will also be able to visualize their Cool Farm Tool calculations in geoFootprint and use self-collected data as a benchmark for comparison.

Q: Could you share a real use case example and what feedback you’ve gotten from that user?
XB: I have an interesting use case that was described to us recently by one of our users who’s also a CFA member. It’s a large global food company looking into redefining its corporate targets by digging through its crop supply chain to identify where the right levers of action are.

In the past, they had focused on the supply chains that they master, but now they need to look at the supply chains that are more blurry to them, because we’re talking about traded commodities. They are using geoFootprint to assess the hotspots of some of their raw ingredients sourced from unknown locations, determine which possible interventions have the largest reduction potential and should be built into their sustainability strategy. From there, they’ll decide where they should investigate further on the ground and what can be changed in partnership with their suppliers.

For this company, geoFootprint has unlocked new evaluation possibilities that were out of reach with generic data at the country level. It saves carbon accountants and corporate sustainability analysts precious time and gives them new insights that help them prioritize options.

Q: What does the future hold for geoFootprint? What is the long-term vision?
XB: geoFootprint has ended its first development cycle and we are now looking into accelerating it in two main areas. One is strengthening the data foundation. As of today, geoFootprint is based on publicly available geospatial data. We’re looking to partner with a geospatial data gathering and processing company to feed geoFootprint with more timely and accurate data for the crops that we have in the tool and more.

The other aspect is enhancing existing models in order to better represent novel and more regenerative agricultural practices, more complex cultivation systems, such as agroforestry, multi-cropping and intercropping and other practices, which we believe are the way to go in order to regenerate soils, store carbon and reach a better balance for the environment and for farmers. And there’s a lot of work that we can do here in partnership with the Cool Farm Alliance.

Q: Simon, where do you see CFA in that?
SM: From our point of view, our collaboration is in the early days. I think the next stage is more extensive, deeper integration between the Cool Farm Tool and geoFootprint, getting those shared members using both tools in earnest to create this added value, which our two organizations see.

We’re seeing a significant rise in our members integrating the Cool Farm Tool with their farm management software products, which basically provides much higher volumes of good quality data and reduces the burden on farmers for manual data entry. I think this presents a significant opportunity for geoFootprint, too, because we will end up with more data in a more structured form, well suited for integration into geoFootprint.

CFA and Quantis are also aligned on really trying to make a difference in what’s super complex here — agriculture, understanding emissions…
Neither of us is trying to own this space for financial reasons. We’re trying to problem-solve. Our two organizations are relatively rare in being real subject matter experts in this complex area.

And I think that’s something that our common stakeholders recognize, that there’s a real need for what we’re both doing because decarbonizing agricultural systems is a big challenge businesses are facing.

For a tour of the full-access, licensed version of geoFootprint, watch the demo.